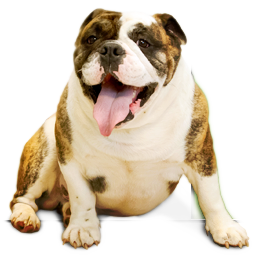 One officer in the Woodbury PD will walk the streets a bit safer next week. Evo, a two-year-old Belgian Malinois Shepherd being handled by Patrolman Sheehan has just been fitted for his custom K9 Tactical Gear vest. Husband and wife veterinarians, Doctors Lee and Bernadette Spector, VMDs, will present the vest to Evo on November 9 at 12:30 p.m. on the grounds of the animal hospital.

The Gray Fox staff knows how important a ballistic vest can be for these officers of the K9 unit. Dr. Bernadette Spector remarked “We are happy to donate this vest to help protect this heroic dog while it, in turn, protects our community.” Gray Fox has donated a vest previously. Last year, a K9 officer in West Deptford also received a vest due to the generosity of Gray Fox. The doctors feel that this protection should be afforded to the animals of a K9 unit whenever possible as the vests guard against both bullet and knife wounds.

The K9 unit of the Woodbury PD has quite a history, being established in 1908. While inactive at times, whenever a K9 officer is serving, the city takes note. Chief Tom Ryan re-established the K9 unit in 2016 after Patrolman Sheehan demonstrated his aptitude and love for dogs. Sheehan joined the force in 2013 and began serving with his Patrol and Narcotics trained Belgian Malinois, K9 Evo, in 2016. The two attended and graduated from the Atlantic County John “Sonny” Burke K9 Academy in August 2017. This position and responsibility takes a great deal of extra training hours. When asked why he volunteered for this duty, Patrolman Sheehan notes with pleasure, “I get to work with a dog every day of my life.”

The public, Woodbury officials, Police Chief Ryan and others are invited to meet Evo and Patrolman Sheehan  on November 9 at 12:30 p.m. at Gray Fox Animal Hospital, LLC, located at 207 Glassboro Rd, Woodbury Heights.

Due to Covid-19 Please call to confirm we are open